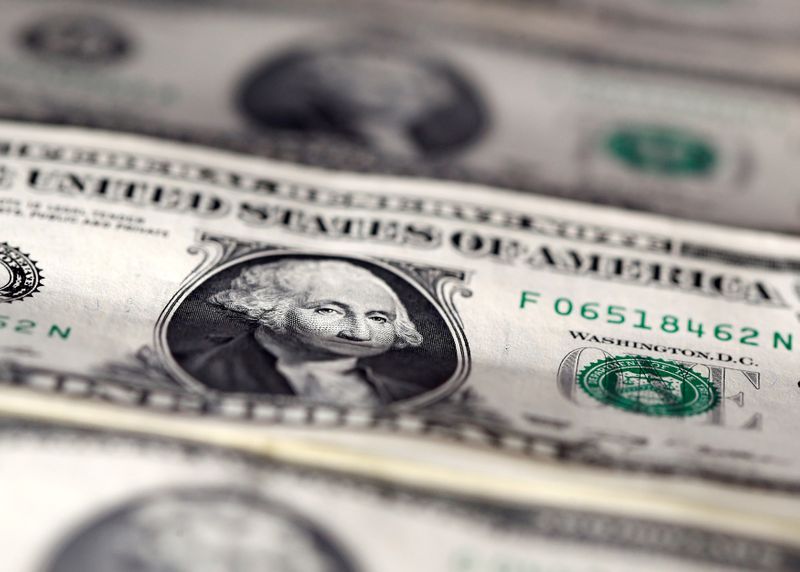 SINGAPORE (Reuters) – The dollar was headed for its best week of the month on Friday, as surging coronavirus cases and stalled progress toward U.S. stimulus had nervous investors seeking safe assets.

As fresh curbs to combat COVID-19 were introduced in Europe and Britain, the world’s reserve currency surged to a two-week high of 93.910 against a basket of currencies (). It held just below that peak in Asian morning trade.

London enters a tighter COVID-19 lockdown from midnight, which with a curfew in Paris leaves two of Europe’s largest cities living under state-imposed restrictions.

The U.S. Midwest is also battling record surges in new cases as temperatures get colder, prompting authorities to set up a field hospital in the suburbs of Milwaukee, Wisconsin, in case of an overflow of patients from hospital wards.

“The deterioration is evident everywhere across Europe, which is a major blow to the recovery’s momentum and reinforces deflationary risks.”

Risk sensitive currencies were hit hardest, with the Australian dollar

The euro () fell 0.3% against the dollar overnight and has lost about 1% for the week so far as worries gather. The U.S. dollar has gained 0.8% against a basket of currencies so far this week, its largest weekly rise since late September.

Dollar demand pushed even the safe-haven yen lower on Thursday, though the Japanese currency is up 0.2% for the week. The yen

The lockdown worries driving the selloff come as hopes for U.S. stimulus before the Nov. 3 election fade and as data shows cracks emerging in the recovery.

Weekly U.S. jobless claims rose by more than expected and hit a two-month high last week, increasing concerns the pandemic is causing lasting damage to the labour market. Some 25 million Americans are on jobless benefits.

“The data is consistent with the idea that the spread of COVID-19 and removal of fiscal stimulus have seen a stalling of the economic recovery,” said NAB FX strategist Rodrigo Catril.

Stimulus plans, meanwhile, are bogged down in a three-way negotiation between the White House, Senate Republicans and House Democrats.

President Donald Trump said on Thursday that he was willing to raise his offer of $1.8 trillion for a COVID-19 relief deal, but the idea was nixed by Republican Senate Majority Leader Mitch McConnell.

Sterling was also heavily sold overnight, dropping more than 0.8% to $1.2891 on concerns about the obstacles keeping the European Union and Britain from reaching a Brexit trade deal. Sterling

The European Union has put the onus on Britain to compromise on their new economic partnership or stand ready for trade disruptions in less than 80 days.

British Prime Minister Boris Johnson will respond and set out his approach to the talks on Friday.